RADIKLBUNNI IS A SIDE PROJECT THAT CONSISTS OF STRANGE, EXPERIMENTAL, AND NOISY BEATS WITH OVER THE TOP VOCALS

With the Bunni Experiment, we will be testing how empathy and memories can be affected by outside sources. We will be putting the subject(s) in our different experiment rooms where they will be psychologically convinced that they are reliving a memory. We will be doing a number of things to try to trick the brain into thinking they are reliving the past such as but not limited to: Hypnosis, Mind Control via Invasive BCI, Conditioning, Using Dopamine to cause Psychosis, etc. 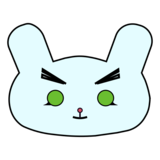